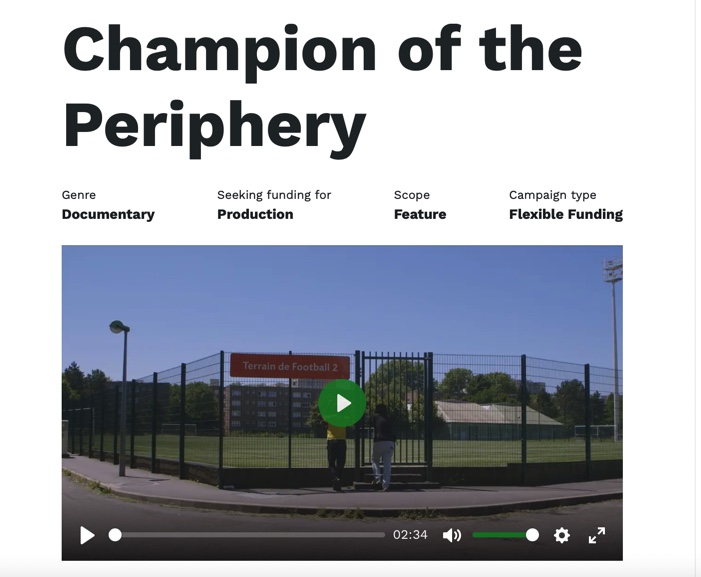 Our previous producer, Pauline Blanchet, is raising some money for her new documentary about Adem, a 19-year-old French-Tunisian boy from the neglected suburbs of Paris who dreams of an American Football scholarship to North America.

They are seeking funding to get Adem, who has been filming himself, a new camera to be able to shoot in 4K, funding to attend meet markets, and paying a cinematographer for extra filming during matches.

Seeing the Parisian suburbs through its inhabitants’ eyes is perhaps the most important part of the film. The footage shot by Adem takes centre stage, allowing him and his friends to tell their own stories. Despite having no prior experience in film, Adem has developed a real passion for the art form, and you can see how his shots develop over time.

They are nearly halfway through the money needed and would appreciate your help, a repost, or just spreading of the word!