Jan 21,2022 Comments Off on Meet Saelkie Folk on Turning Points 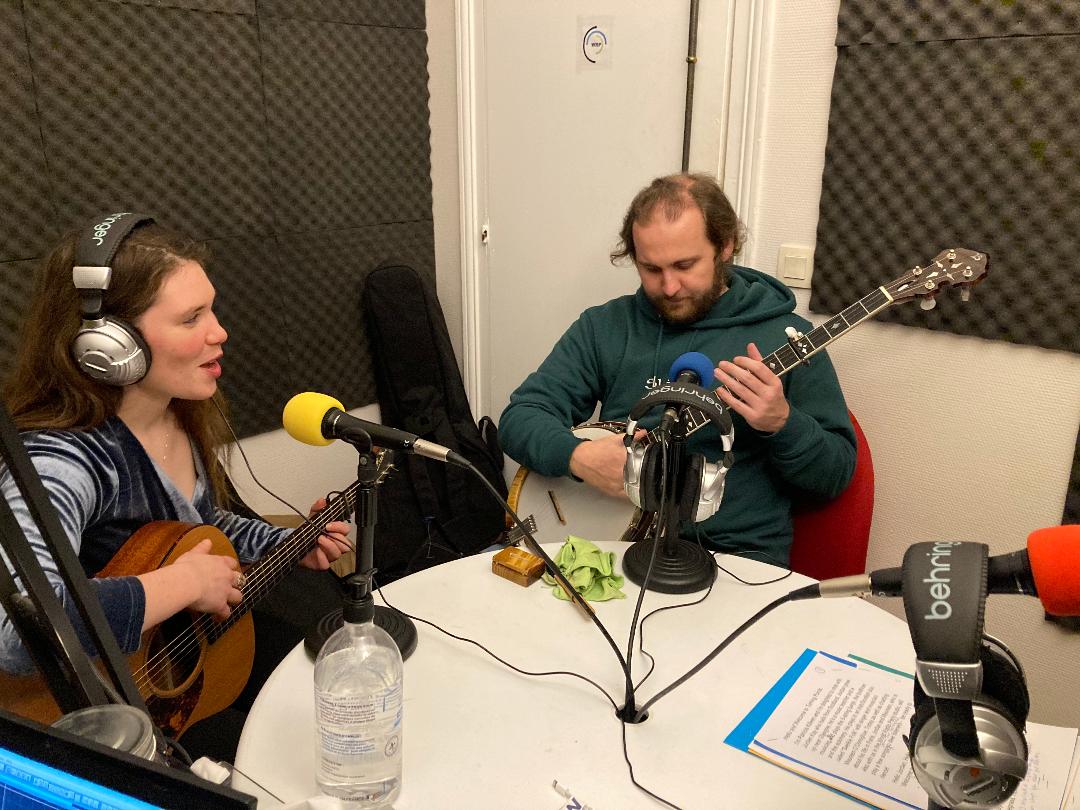 In this episode of Turning Points, Patricia Killeen welcomed Scotsman Jordan Kay. Jordan grew up near Glasgow and is a musician and music teacher. He was accompanied by Franco-Irish singer Maureen O’Donoghue, his partner in the Folk duo “Saelkie Folk.”

Jordan plays the 5-string Banjo, Autoharp and Bodhrán and Maureen plays Guitar and Fiddle. Both sing, with Maureen as lead vocalist.

“Saelkie Folk” play raw, folky and traditional songs and tunes from Ireland, Scotland and Brittany. Jordan and Maureen performed three songs from their repertoire during the interview, which really got the show on the road!

Jordan spoke about how after a touristic visit to Paris, 3 years ago, mainly to see Notre Dame, 9 weeks later he was back on a one way ticket to the City of Light and has been here ever since!

Jordan has had many Turning Points since arriving in Paris but one of most important was when in January 2021, he met Maureen, at an old time jam session in a mutual friend’s apartment. When Maureen sang a capella and he accompanied her on the banjo, people were blown away. Two weeks later, what was meant to be a solo performance by Jordan on the “Acoustic Nights Online” series actually became the launch of “Saelkie Folk” and the rest is musical history!

Jordan also spoke about his work as a music teacher and the many interesting students he has taught over the past three years in Paris.

Jordan and Maureen are planning their first international tour, but before that you can catch them at one of their regular gigs in Paris. Details on :

If you would like to reach out to Jordan for music lessons or “Saelkie Folk” for a private music gig (like we enjoyed in the WRP studio!): e-mail saelkiefolk@gmail.com