Jul 22,2022 Comments Off on “Paris History Avec A Hemingway” – Statue of Liberty 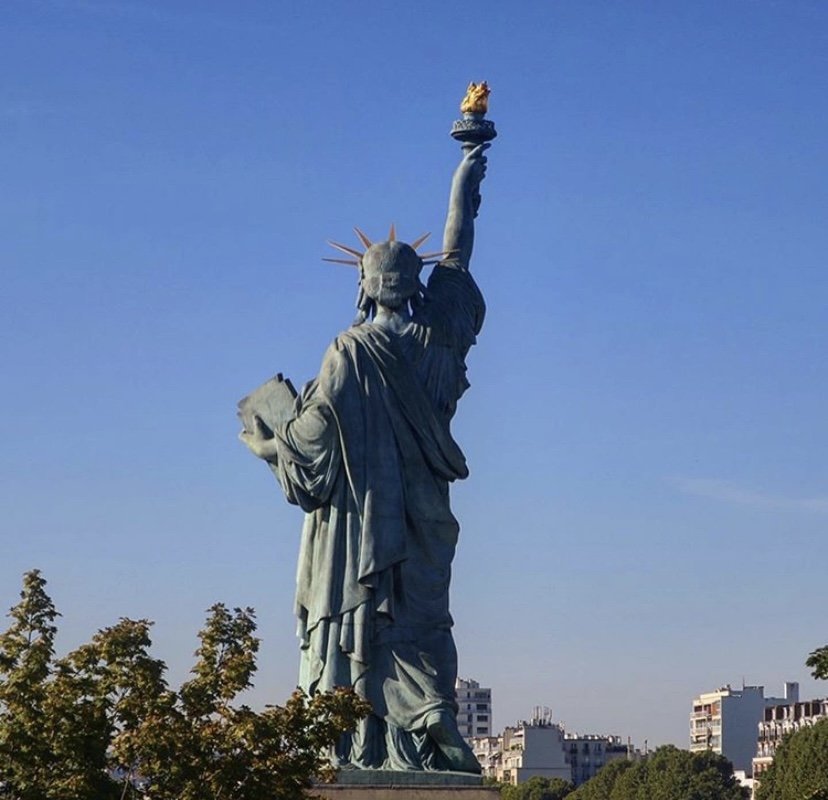 The show La Vie Creative is once again hosting “Paris History Avec A Hemingway”, this time we get to know more about the statue of liberty.

Frédéric Bartholdi in 1855 visited Egypt with a group of artists and fell in love with the large pyramids, Sphinx and the Colossus of Rhodes. Returning to Paris he was inspired to create a large statue of his own. In 1869 he returned to Egypt with a proposal of his own. Egypt Carrying the Light to Asia was to be an immense lady in a grecian draped dress holding a torch and placed at the entrance to the Suez Canal. Isma’il Pasha, Khedive of Egypt, declined the idea and then the Franco Prussian began putting his dream to rest, for a bit.

In 1865 at a dinner with friend Edouard Laboulaye, shortly after the assasination of Abraham Lincoln the idea would resurface, inspired by his widow. The French paper “Le Phare de la Loire” wanted to give a medal to the widow, Mary Todd Lincoln in remembrance of her husband and what he accomplished. “Dedicated to French democracy to Lincoln, an honest man who abolished slavery, restored the union, saved the Republic without veiling the statue of liberty”. It was those last three words that reminded Bartholdi of his monumental idea.

Listen to the full episode here:

You could also read the full bio and see more pics from this episode on: