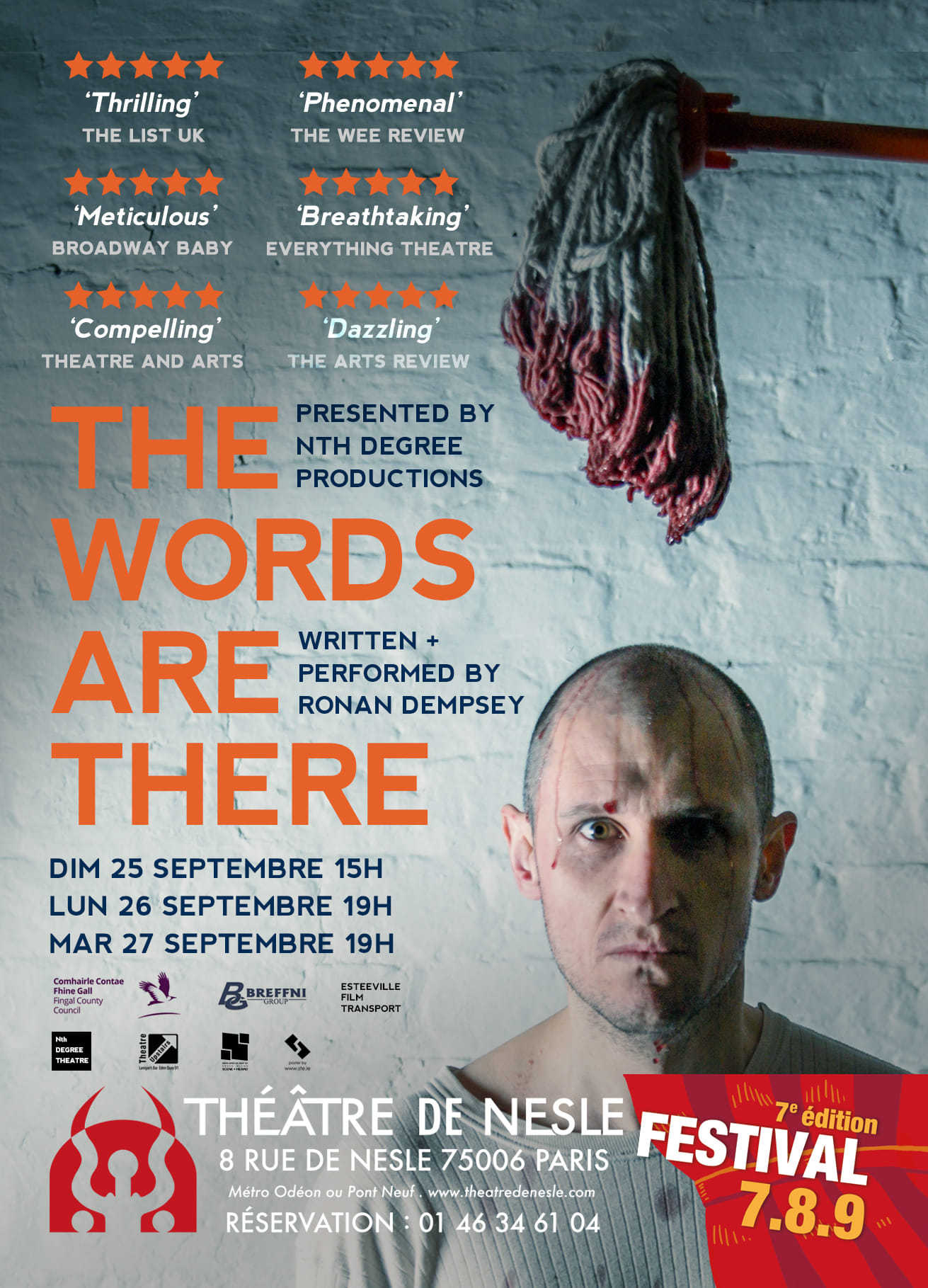 In this episode of Turning Points, Patricia Killeen chatted with Ronan Dempsey who
has brought his solo play, The Words Are There to Paris for the 7 th  Edition of the
“Festival 7.8.9.”

Ronan lived and studied in Paris and is an actor, a playwright, a poet, a filmmaker,
an orator and a professor of theatre. His works are often committed to social issues:
domestic violence, abandon, emigration.

The words are There, has been described as thrilling, phenomenal, breathtaking,
compelling and dazzling. Before coming to Paris it was already hailed in the
Edinburgh Fringe Festival. It was listed as one of the top shows in Ireland, and its
premiere was a real Turning Point, sparking a national debate on the issue of
domestic violence against men. It was written in response to the many stories of men
in Ireland who committed suicide as a result of dramatic family situations. The play
was created using the ‘Object Theatre’ method, utilizing multiple props to bring Trish,
Mick’s (Ronan Dempsey) partner to life on the stage.

Coming to Paris, is a sort of homecoming for Ronan and as well as speaking about
his trailblazing play, we also looked back on his time in Paris at the renowned École
de Jacques Lecoq, and theatre school in Poland, and how although now world
famous, he feels that he never stops learning on his theatrical and artistic path.

Listen to this episode of Turning Points In France here: