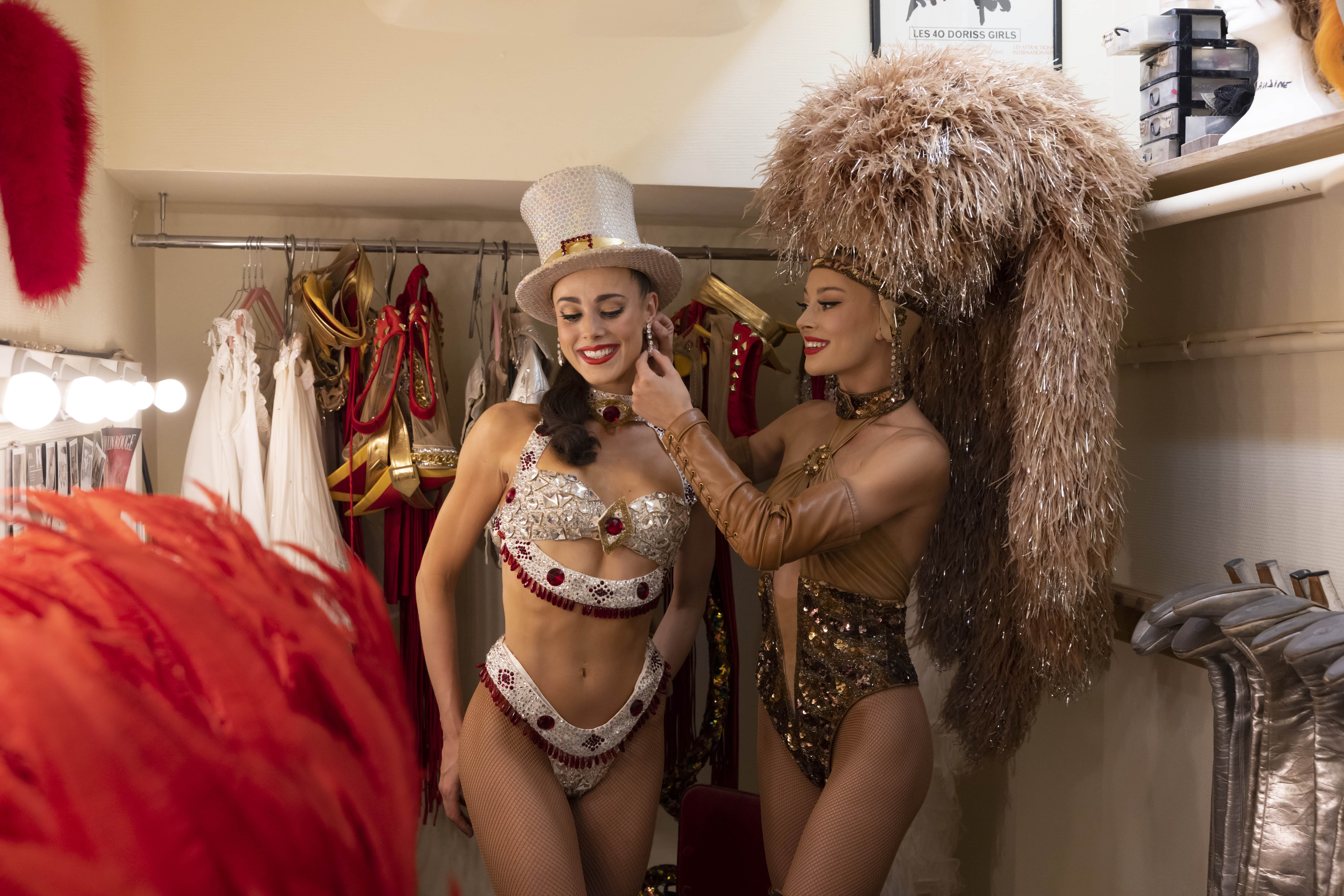 In this episode of Turning Points, Patricia Killeen went to the Moulin Rouge to interview two dancers, Claudine and Isabelle van den Bergh Cooke, sisters from Ireland. On 10 September, they fluffed up their feathers and went back to work at the Moulin Rouge, which had been closed for 18 months due to Covid restrictions.

The red windmill in Pigalle, is one of Paris’s most recognizable icons. The “Feerie Show” is played to a full house, twice a night, six nights a week. There are 80 Doriss dancers in the show, hailing from 14 different countries. 450 people work behind the scenes and the budget for the show is estimated at 10 million euros, including over 4 million for the spectacular costumes.

Claudine, 29, has been dancing since she was two years old and has been with the Moulin Rouge for over nine years and is one of the three principal dancers. She interprets the legendry “La Goulue” (1866-1929) whom artist Henri de Toulouse-Lautrec painted when she danced the French can-can and was star of the Moulin Rouge back in the Belle Époque

Isabelle, 24, found out she had successfully auditioned for the company while she was studying for her Leaving Certificate (high school graduation exams) just over five years ago. For her it was “a dream come true.” She was delighted to join Claudine in Paris. She loves dancing the French can-can and finds her background in acrobatics is a real plus for the energetic dance.

Claudine and Isabelle are delighted to be back at work. Being part of the world renowned Moulin Rouge is an honour for a dancer and a night out at the Moulin Rouge show, is a perfect way to celebrate the thrilling return of liberty in the City of Light!